The Making of a Modern Quilt 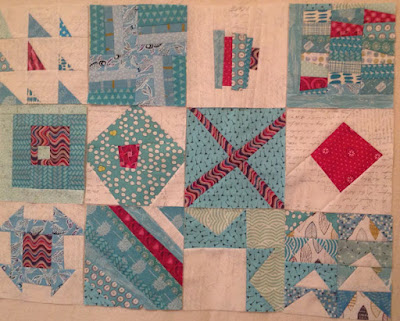 I was anxious to make a quilt that I could enter in the new Modern Category this August at the Festival of Quilts, and picked up a link online to Jenifer Dick who blogs as 42 Quilts. she had run a sewalong on modern Improv blocks called Modern Monday, so I started to play with the idea.

My first block was quite big so I trimmed to finish at 7" rather than 6" which caused some difficulties later! 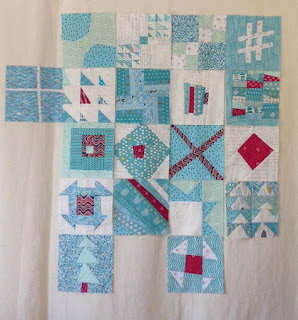 I really enjoyed making these however and using up some of the fabrics left over from the Modern Sampler Quilt I'd just finished. See that one here.

Adding in a dark pinky red for contrast helped to spark up the design and a few of my own blocks began to appear... here is a wonky tree, and my version of the winged square.

I made a tall ship, and an improv Oho Star to steer her by. I enjoyed making the oriental lantern, the hashtag,
the apron and Jenifer's lovely original block that she called Santa's Belly! My last block was the improv basket - more of these wil be appearing soon, they are such fun to make. 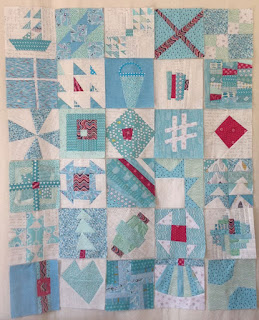 It isn't very big, as it has to be at least a metre long, and will be about 42". I'm not going to attempt quilting anything bigger.

The next problem is how to quilt it. I haven't quilted anything bigger than a cushion for at least 15 years....

Because the piecing is quite complicated I decided to completely ignore it and go for simple diagonal lines, using masking tape as a guide.After layering the top over the wadding and backing, having pressed everying very well, I pinned across the centre of the join around each block with straight pins. My hands are weak and find safety pins difficult to manage. 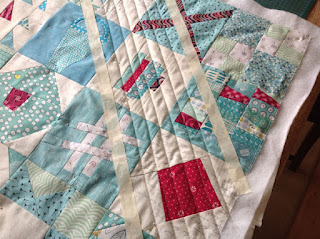 I made sure that I started from the same edge each time and stitched down each side of the masking tape. I stabbed myself on the pins a few times and ended up with plastered fingers, but no blood on the quilt! It certainly isn't perfect, but it was manageable and has given a very nice soft drapey finish. 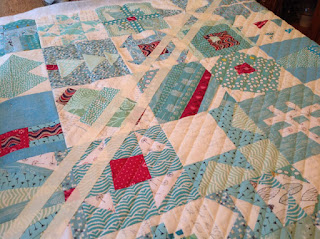 The binding was the next hurdle. I made a flange binding with one-and-a-half inch coloured strip and one-and-a-quarter inch white strip sewn together along their length and pressed in half to make a two inch strip with a small flange of colour just showing. It is attached to the back of the quilt in a continuous strip and I like to join it on the bias. I managed a perfct join but somehow twisted the strip and had to undo... It is then brought to the front and machine stitched down neatly on the coloured flange, mitreing the corners as you go. 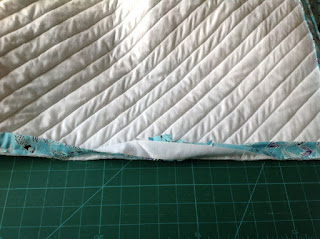 And here is the finished quilt. Blocks worked on over three weeks, light relief sewing, and quilted one afternoon, bound the following morning.
A quilt I can enter... and hopefully one that people may think, "I could do that!" 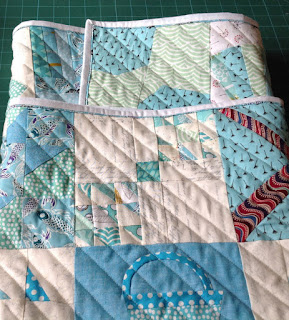 I love Scraps.. I collect tiny pieces and can't bear to throw them away!
I'm linking up to Scraptastic Tuesday 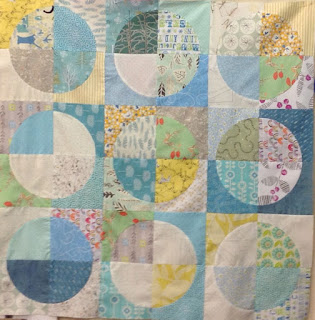 Here are some of the things I've been working on lately, the first two are with the long arm quilters so that I can bind them when I'm on Quilt Retreat in three weeks or so.

This is a Drunkards Path in Modern fabrics. I've seen a few around on the interweb and thought I'd have a go as it is a block I've never spent much time on. I've made quite a few Winding Ways like the quilt at the head of my blog, and have another cut out, but it is a much simpler block with much shallower curves. Circles are always an interesting design element, and I find that more and more I am attracted to restricted colour schemes. 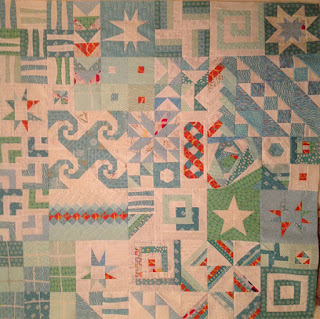 This is my version of a Quilt designed as a teaching sample by Helen Butcher. Three of us have made it now and they are all totaly different! Helen made hers in sophisticated greys and red/orange, and Helen Howes made hers in a stunning rainbow. Mine as you can see is a rather restricted palette again, but I really like it. It was an interesting project because some of the blocks are traditional, some are pieced over papers and deadly accurate, and some are free-cut modern blocks like my crosses bottom left. There is also the freedom to add in touches of your ovn like the two little pieced hexagons cut from pre-joined strips that I was teaching last year... can you spot them? Each of us also arranged our blocks differently, so from the same start point we have quite different results. 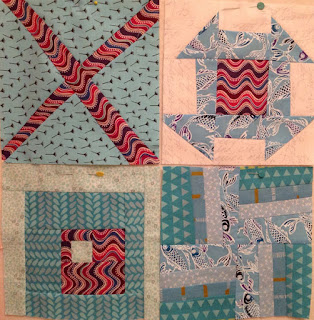 And these are some free-cut Modern Blocks from Jenifer at 42 Quilts which is another Scrap project.

I have long been a fan of Gwen Marston and these are such fun to make, and a great "light relief" project to fit in some short sewing time in between other activities.

I've also been working on more Zippy Purses for the Quilters Guild Tombola at the Festival of Quilts in Birmingham in August, and developing patterns for them in the hope of persuading people to contribute.

We have set up a blog to show pictures of our makings and there are links to our free patterns there:
Zippy-Purses

These are great for using up those really small scraps!!! 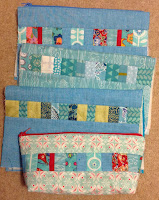 These are from my pattern Pretty Patchwork Purse. 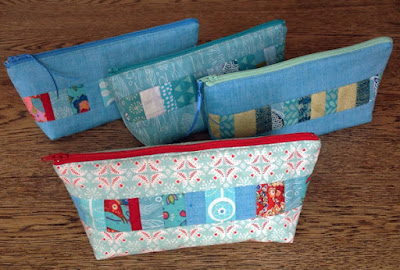 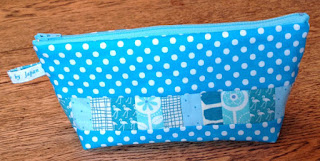 Posted by Heather Hasthorpe at 10:22 4 comments:

I was taken to Duxford by my lovely husband for Mother's day. I always enjoy the smaller quilt shows organised by Grosvenor. You are in with a chance of seeing the exhibitions and having a good old trawl around the  Traders. Here is my haul of treasure:
I was hunting for Art Gallery fabrics which I love using as they are printed on a good quality base cloth and don't dropunravelled threads all over you! I not only found some, I found some at £6 a metre! I happily pay a lot more than that for them! There are some other modern prints here from the same trader, Cotton Cloth Fabrics in Stockton, but again printed on a nice cloth. 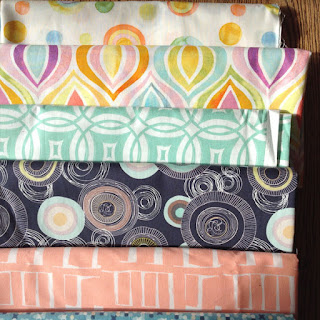 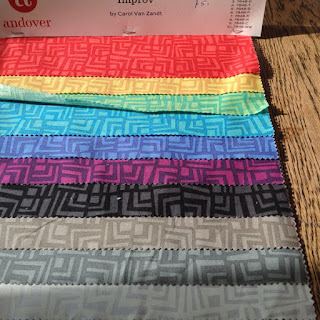 I also picked up a couple of Manufacturers sample packs.. this one called Improv looked interesting and there was another by Alison Glass, an interesting designer, but the very pale prints were hard to photograph.
Posted by Heather Hasthorpe at 05:31 No comments: