I made another block this morning using 5" squares cut in half diagonally, 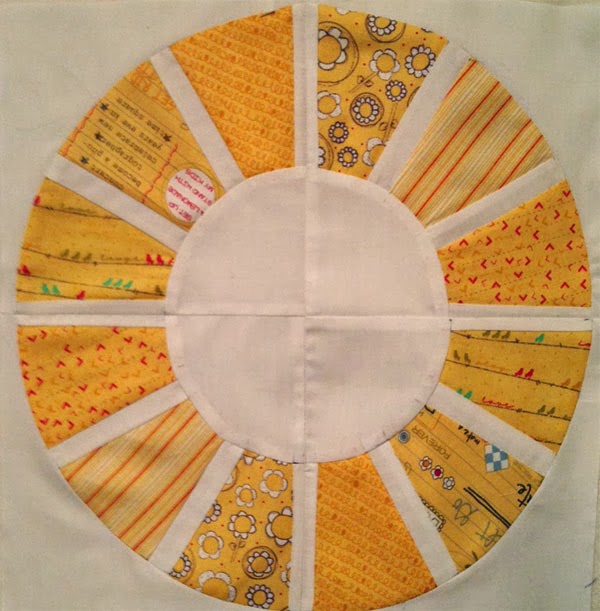 and then we went for Sunday lunch. I had a walk afterwards looking at the snowdrops in Overstrand churchyard. I went into the church to have a look and there was a beautiful Victorian stained glass window depicting Christ risen in glory flanked by St. Cuthbert as a monk and St. Martin as a soldier.
Generally a very plain church with newish pews. Some worn, old tombstones set into the floor which had lost their decorative brasses.
Also at the back of the church a lovely hand written list of the Rectors (and their Patrons who presumably paid their stipend). A recent Patron was the Queen, through the Duchy of Lancaster. The earliest Rector was John Heymes rector until 1345! No record of when he started.
There is a cistern built into the wall next to the door where Holy water would have been kept for blessing those who entered before the Reformation...

Posted by Heather Hasthorpe at 13:19